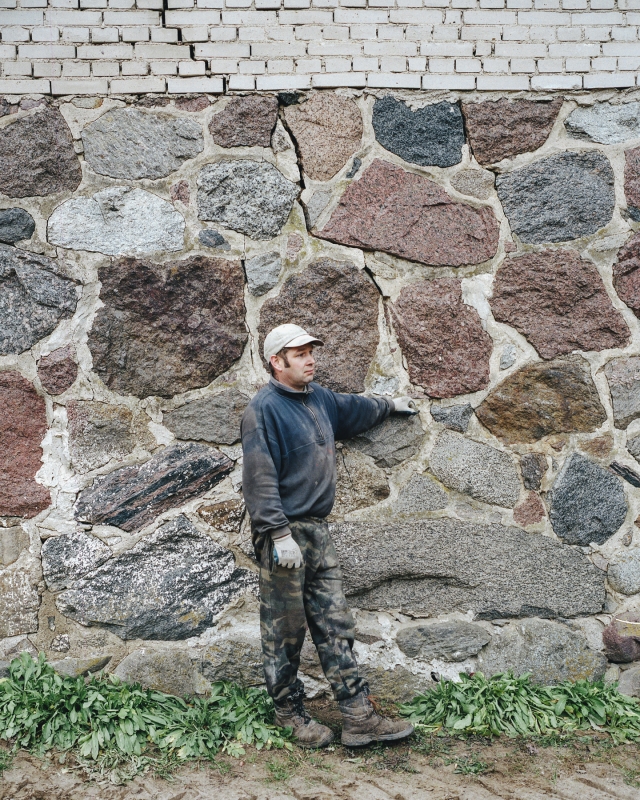 It may seem that the Lubawa Land lacks regularity. Hills suddenly turn into ravines just to immediately reach wide planes. Vast fields just round the border meet a mosaic of scattered settlements. The fact that the photographer has captured the rhythm and repeatability gives insight into that which never changes in the countryside: the order and the repeatability of the forms.

My fascination with the landscape may see quite odd in the general perception. Why are the endless fields stretching all over the horizon, rarely crossed by old outbuildings of interest to me?

I believe in documentary photography. Formally, I am close to the activities of the Becher couple, who together handled the photographic documentation of German industrial architecture. I am looking for beauty in places where it is seemingly absent, I try to preserve and visualize that which I have seen and that which I have observed. I always leave the conclusions to the recipient.

The agricultural landscape of the Lubawa Land seems not to differ from the other ones in Poland. As a silent witness of history shaped by man and for man, the landscape is currently gradually degraded and deprived of its identity. Past, extensive homesteads are falling into ruin and giving way to new facilities. It is difficult to not get the impression that the inhabitants remember the past splendor and consciously try to preserve the heritage and the tradition for future generations. People such as Aleksander, posing in one of my photographs against a stone wall. A farmer from Nielbark, who has erected additional, modern buildings behind a century-old barn. Why did he not demolish the old one? As they say in this region, a host should be "zorgowny" and not waste something which still serves.

It sometimes happens that agricultural architecture is also deprived of its original function, a perfect example of which is the Ibiza club building in Gwiździny. It is also sometimes forgotten and abandoned, such as the buildings in Kąciki and Sugajenko.

The disappearance and growth of architecture does not have to be painful to the landscape. Mixing the old with the new creates views which make up an image of a living village: one growing out of the past, but still looking for its place in the world.